Until 1975, the Provincial Hospital, which was under the management of the Provincial Council, was the University's teaching hospital. The hospital took care of patients from an underprivileged background, who could not access the public health system. The University Hospital of Salamanca (HUS) was established in 1976 under an agreement with the National Institute of Health (INSALUD) to take care of patients in receipt of Social Security benefits. In 1987, the teaching hospital became part of the Social Security national network. In 1988, the hospital became one management body that included the teaching hospital, the Virgen de la Vega Hospital and the Specialist Centre. Since then, two more hospitals have joined HUS: the Virgen del Castañar Hospital, in Béjar, in 1999, and Los Montalvos Hospital, which was established in 1954 as the Tuberculosis Hospital, in 2003. The Hospital Centre of Salamanca was therefore created (also called University Hospital of Salamanca or HUS) with the following institutions:Teaching Hospital, Virgen de la Vega Hospital, Virgen del Castañar Hospital, Los Montalvos Hospital and the Specialist Centre of Ciudad Rodrigo.

The University Hospital of Salamanca is a tertiary hospital, with 903 beds for acute patients and 110 beds for longer stays. With up to 45 medical and hospital services, the University Hospital deals with all areas of health care and provides its services for 300,000 inhabitants within the 36 health care districts of the region. The hospital has an Education Unit that provides clinical practice for the Faculty of Medicine and the School of Nursing and Physiotherapy, but also for postgraduate students. Today, the University Hospital is still growing: a new wing is being built to create the Hospital Complex of Salamanca, with many possibilities for growth, not only from the care point of view, but also for clinical and translational research. 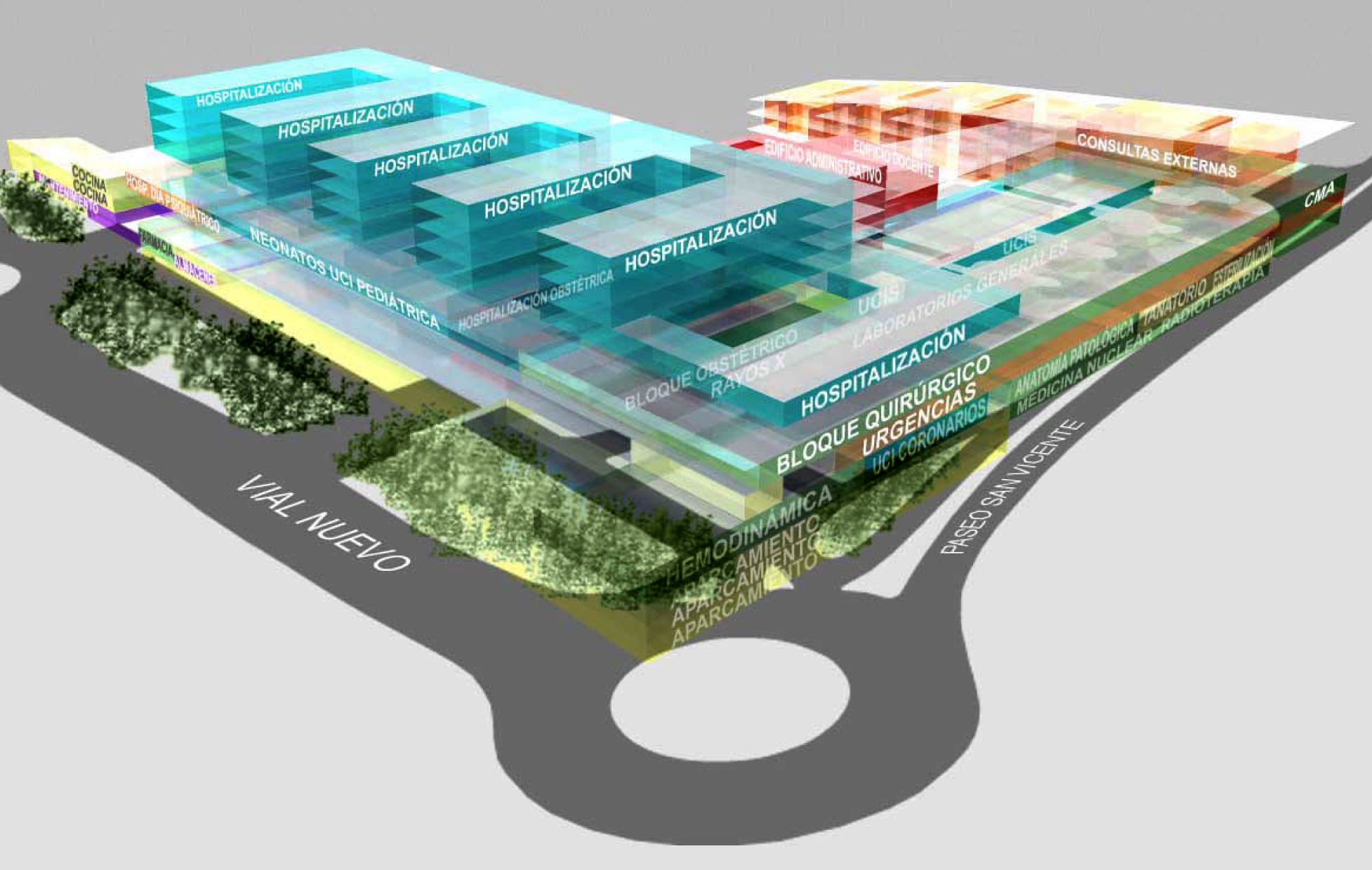 The University Hospital has a proven career in research. On the 27th of July 1992, the Health Research Fund of the Spanish Social Security established a Clinical and Experimental Research Unit. The Research Unit administers, coordinates and manages all the research projects of the many research groups of the centre that are funded through national and regional public grants. In 1998, the Institute of Health Carlos III (ISCIII) launched the "Research contracts for the National Health System" programme to foster the creation of established and competitive groups within the hospitals. Since its constitution, HUS has welcomed researchers from this programme, together with researchers from the Ramón y Cajal programme.

According to the 2010 Report carried out by SCImago, which uses the SCOPUS database and analyses the number of published documents between 2004 and 2008, the HUS ranked 18th amongst the Spanish hospitals.These were 940 documents, with a percentage of 44.9 in first quartile journals. In addition, it ranks first of the health care centres in Castilla y León. Of the documents published between 1996 and 2004 by healthcare centres of Castilla y León, 36.4% belonged to the University Hospital of Salamanca, in addition to 48.1% of the citations. In the last few years, the number of hospital departments publishing in journals with a high impact factor has gradually increased, and therefore, so has the impact factor of the hospital as a whole.

The 2008 call for grants of the Strategic Action in Health, under the State Plan for Research, Development and Innovation 2008-2010, published on the 12th of March 2008, included, amongst other grants, the Subprogramme CAIBER (Spanish Clinical Research Network) for clinical research and trial units. The resolution listing the chosen centres, and published on the 2nd of July 2008, included the University Hospital of Salamanca.The main objective of CAIBER was to reinforce the structure of the units in its network in order to foster the well-being of all citizens.

A collaboration agreement was signed in December 2008 between the ISCIII and the regional government of Castilla y León for the development of indirect actions as part of a project for the adaptation, maintenance and improvement of the organisation of biobanks in the hospitals of the National Health System. This was done in the framework of a strategy for the establishment of Networks for Cooperative Research in Health (RETIC). In ISCIII's 2009 call, HUS was granted its inclusion as node in the Hospital Biobanks Network (RetBioH) for the 2010-2013 term, with the corresponding funds.